Help! Should I Get My Baby Boy Circumcised? 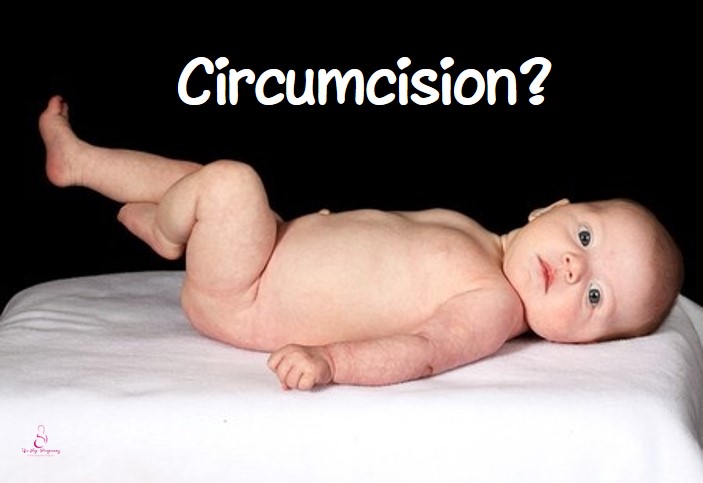 Did you know that approximately 55% – 65% of all newborn boys are circumcised in the United States of America each year?

For parents of newborn son, one of the early decisions to make is whether to have your son circumcised. Typically for Jewish and Muslim families, circumcision is practiced for religious reasons. For other families, parents have to weigh the pros and cons to decide whether to have their son circumcised, which is a surgical procedure performed before bringing the newborn baby home. This article explores what is circumcision and its pros and cons.

For boys, their penis have a hood of skin over the head of the penis (glans), known as the foreskin. The foreskin is attached to the glans at birth. Circumcision is a surgical procedure to remove the foreskin, thereby permanently exposing the end of the penis. The procedure typically takes about 10 minutes for a newborn baby and no removal of stitches are needed if absorbable stitches are used. Follow-up consultation is necessary for the doctor to examine the circumcised penis to ensure that it has healed properly.

Circumcision is performed at the hospital, before bringing the newborn son home. Often it is within 48 hours of birth, as the earlier the procedure, the less likelihood of complications. It can be performed on healthy infant, with no medical condition that may preclude him from the procedure. For instance, premature babies and babies with penis abnormalities are usually not circumcised after delivery. Babies with family history of bleeding should also not be circumcised till tests confirmed that the baby does not have a bleeding problem.

Circumcision is a procedure that is painful and without pain relief (analgesia), babies feel pain and stress. This is observed via various indicators, such as blood pressure, oxygen saturation, heart rate and cortisol level. Local anesthetic is provided during circumcision but not general anesthesia for infant. Discuss with your doctor on the pain relief methods he or she would be using, which generally include topical anesthetic cream or injectable anesthetic. Acetaminophen suppository may also be inserted at the rectum.

Benefits and Risks of Circumcision

As with any surgical procedure, there are benefits and risks, as below:

1. Reduced likelihood of urinary tract infection (UTI) – UTIs are more common in uncircumcised baby boys. However, the risk of UTI is in itself not high, less than 1%.

2. Reduced likelihood of penile infection and inflammation – This is because a circumcised penis is easier to clean. Parents should learn how to clean the penis and teach their son to do so (whether circumcised or not).

3. Studies on reduced likelihood of penile cancer or HIV are not absolute, though these are often cited as potential benefits of circumcision.

As explained above, pain and stress are experienced by babies although pain relief can be provided. Complications from circumcision is not common but potential risks for circumcision include:

1. Risk of bleeding and injury

3. Risk of irritation of the glans

4. Risk of inflammation at the opening of the penis (meatitis)

5. Risk of removing too little or too much foreskin

Caring for Your Son after Circumcision

After the circumcision, the tip of the penis may appear raw, yellow, swollen or red. There may be presence of light yellowish discharge or crust during the healing period of about a week. If a bandage is used, ask the doctor for instruction on changing the bandage and preventing it from sticking to the skin (usually by applying cream on the bandage). The penis ought to be kept clean by gently cleaning with warm water. Wet wipes and harsh soaps should be avoided.

The doctor may also prescribe oral painkillers or anesthetic gel to reduce the smarting sensation experienced during urination for the first few days. Be sure that the child does not scratch the scab. Slight bleeding is not uncommon but if there is uncontrolled bleeding, it warrants immediate medical attention. Moreover, if there is (i) discharge, redness and swelling last beyond a week, (ii) signs of infection, such as fever and pus-filled blisters or (iii) abnormal urination within 12 hours after circumcision, the child should be brought to emergency.

There is no recommendation for routine circumcision and thus, it is a choice of the parents. The health benefits outweigh the risks but are not strong enough to recommend circumcision for all infant boys. Discuss this decision early with your spouse and doctor as it is safest to circumcise after birth than later in life.