12 Awesome Celebrity Dads In The World

These awesome Dads have great popularity and the extra charismatic factor that make them the awesome dads in the world. Which celebrity Dad do you adore best?

A for amazing to this successful man as an actor, producer and a father. Dad to four children, Alexia, Isabella, Gia Zavala and Stella. Is both a star soccer player and a model. Dad to three children, Brooklyn, Romeo and Cruz. Who’s his wife? That is *drum-roll* SUPERSTAR Victoria Beckham!

He has his fair share of success and failure. Dad to three children, Violet, Samuel and Seraphina. Ben’s never-give-up character is definitely a great value for his children to model. Dad to two adopted children, Oscar and Ava. He is far from that role he played in Wolverine but no doubt, the superhero in the hearts of his children.

Rumor says it – A real man can cook! Dad to four children, Poppy, Daisy, Petal and Buddy. Jamie is one great man that strives to promote healthy eating and had successfully persuaded the biggest fast food chains in the world to change their unhealthy burger recipe.

Dad to two children, Lily and Jack. Johnny Depp wins the heart of many children acting as Willy Wonka on film. A wonderful father to his children, Johnny Depp said “Fatherhood was not a conscious decision. It was part of the wonderful ride I was on. “

Dad to two children, Jaden and Willow, both are young singer and superstars. Dreams do come true, especially if you have Will Smith as your dad! Isn’t Jamie a sweet dad when he named Corinne as her No. 1 woman in his life. Dad to two children, Corinne and Annalise. A really cool father who treasure his children due to his own sad childhood. There is more to it, besides the extraordinary power that Facinelli has, being an actor, a producer and a more hands-on dad than ever after his split with his ex-wife. Dad to three children, Luca, Lola and Fiona. 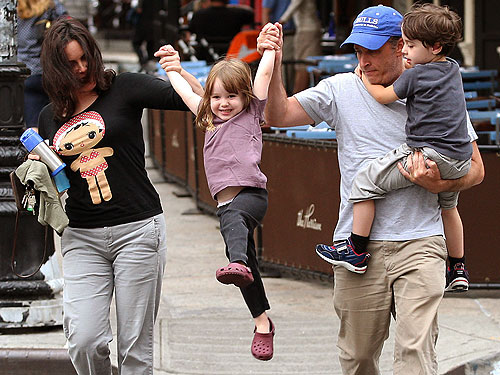 Dad to two children, Nathan and Maggie. Jon takes parenting seriously unlike the nature of his job and is a great father to his two children. An avid environmentalist who has done great service to global conservation. Dad to two children, Bindi and Robert. Steve is a great role model to his children and Bindi is a real fighter who takes after his dad.