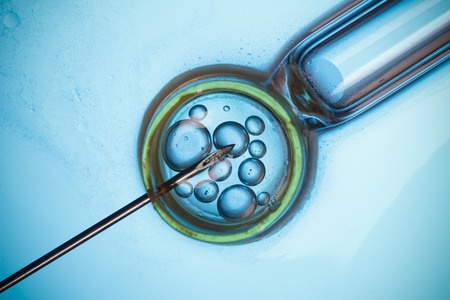 In-Vitro Fertilization or IVF refers to the use of laboratory techniques to bring the egg and sperm together outside of the woman’s body. It generally involves several treatment stages.

Firstly, in order to increase the number of eggs produced by her ovaries, the woman has to undergo hormonal injections. Secondly, ultrasound scans and blood tests are needed to assess the growth and maturity of the eggs. Once the eggs are ready, they are retrieved with the help of a vaginal ultrasound while the woman is under anaesthesia. The eggs are then fertilized with the sperm in the laboratory to form embryos before they are transferred back into the woman’s womb several days later.

Choosing to transfer more embryos may give a higher pregnancy success rate but at the same time, there is also a significant risk of multiple pregnancies which carry a higher risk than singleton pregnancies. In Singapore, where the number of embryos transferred is restricted by Ministry of Health to generally two embryos, the multiple pregnancy rate has been around 15-20%.

IVF is well established as the most effective mode of infertility treatment, particularly where the male sperm count is low and/ or the female fallopian tubes are blocked. By overcoming the potential problems that prevent fertilization of the egg with the sperm at the microscopic level, IVF helps to provide the highest pregnancy success rate for a couple.

45years. Above 45 years, permission has to be sought from the Ministry of Health. 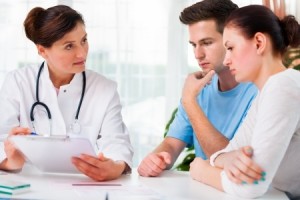 This is because with increasing age, there is a fall in ovarian reserve – this is the number of functioning follicles or eggs left in the ovaries. In cases of early menopause, the eggs run out much sooner than usual. In addition, there is also a decline in quality of eggs with an increased risk of genetic abnormalities. This in turn results in an increased risk of miscarriage. Women under the age of 35 yrs have about a 15% chance of miscarriage while those 35-45 yrs old have a 20-35% chance of miscarriage.

With increasing age, our general health also tends to decline. Existing conditions may worsen or new illnesses may develop, which can have an impact on fertility too.

Some gynaecological conditions which can affect IVF success rates include endometriosis, ovarian cysts, uterine fibroids and polyps. Laparoscopic key- hole surgery is sometimes recommended before IVF to treat these conditions. In endometriosis, the endometrial lining of the uterine cavity is deposited outside its normal location e.g. around the back of the uterus and ovaries causing severe menstrual pains. The inflammation caused by endometriosis can impair embryo implantation success rates.

Similarly uterine fibroids and polyps which grow inside the uterine cavity can prevent the embryo from implanting properly in the uterus and they are best removed before embryo transfer.

The cost for a fresh cycle of IVF in the private setting would usually range around S$15,000 to S$20,000. Medisave can be used.